With the completion of BDFA Super Division League and Karnataka Women’s League Super Division early this week, the KSFA Youth Premier League too is coming to the business end.

Knockout action took place yesterday with the one U14 and both U17 semifinals played at the Bangalore Football Stadium. The other U14 semifinal game and both U12 semifinals will be played today at the same venue.

U10 final too took place yesterday at the FSV Arena where in a hard-fought match Bengaluru FC Academy boy defeated BCFC Magic 1-0. 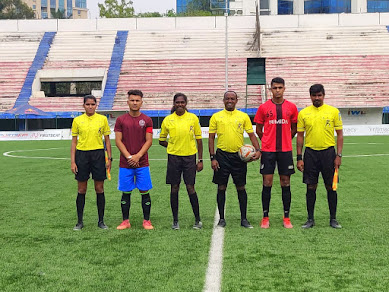 Posted by diegostrikes at 10:23 AM