Murthy, 69, former Santhosh Trophy and HAL player expired today following a heart attack. He is survived by his wife and two sons.
A resident of Gowthamapura, Ulsoor, Bengaluru, Murthy started with Bangalore Mars in 1970 and then played for the then strong  515 Army Base Workshop before joining HAL and played for them till 1980.
Murthy is known for his match winning brilliant scissor kick goal against Maharashtra that took Karnataka to the final against Bengal in the 1975-76 Santosh Trophy at Calicut. In the final Karnataka held the powerful Bengal side 0-0 but lost 1-3 in the replay match to finish runners up, state’s best finish since then.
A skilled forward, Murthy was picked for the India Junior camp in 1976.
The funeral is scheduled to be held at Laksmipuram burial ground in Ulsoor later today. The KSFA and BDFA condole the death of the former state player. 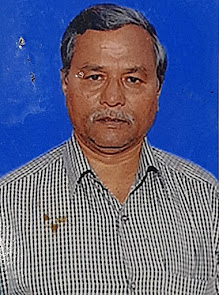 Posted by diegostrikes at 4:24 PM