Hosts Karnataka stamped their authority by knocking down Tamil Nadu 4-0 in the inaugural game of the Santosh Trophy South Zone qualifiers played at the Bangalore Football Stadium earlier today.

Karnataka went ahead early in the game, Kamalesh opened the goal account in the 11th minute of the game while Sudheer Kotikela, who has been in prime form for past few seasons in the local BDFA league scored a hattrick.

Karnataka will take on Andhra Pradesh on Thursday, November 25. The later lost the second game of the day to an identical margin to Telengana. 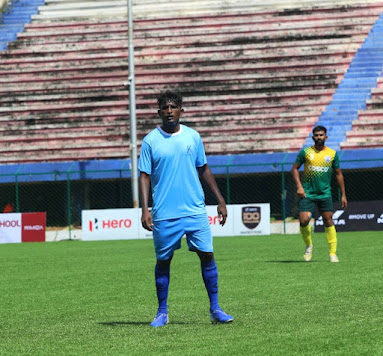 Posted by diegostrikes at 6:09 PM