Rebels FC, newly promoted Super Division team after winning A Division title last season lost out to another newcomer, Sporting Club Bengaluru in a keenly contested game at the Bangalore Football Stadium, on Wednesday. Sporting Club, asserts of having majority local boys in their rooster, were up by two goals in the first half. Rebels made 2-2 in second half, within a span of 4 minutes. When the game was likely going for a draw, Appu pulled one for Sporting Club in the 90th minute.

Thanco's Students Union pocketed 3-full points by defeating ADE 2-1 in the first game of the day. 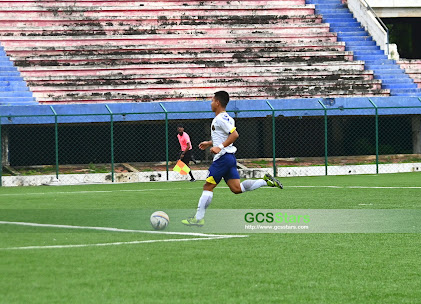 Posted by diegostrikes at 9:58 PM