FC Bengaluru United continued their dominant march in BDFA Super Division campaign sweeping Dream United 6-0 in their fourth game. United began the game in similar fashion to their previous three outings – on the ball right away. Chaitan and Ronaldo combined to put away a Hayden freekick to get them on the scoreboard in the 15th minute.

From then onwards, it was largely a one-team show with FC Bengaluru United taking control of the proceedings with strong attacking play, through balls, and so on. Their defense held strong when Bangalore Dream United had their brief attacking forays, which were immediately counter-attacked with goal-scoring runs.

The half-time score of 4-0 was soon pushed to 6-0 with substitutes Asrar and Joshua making an immediate impact.

A commanding performance thus far and FC Bengaluru United will be keen to keep up the ascendancy in the upcoming games. 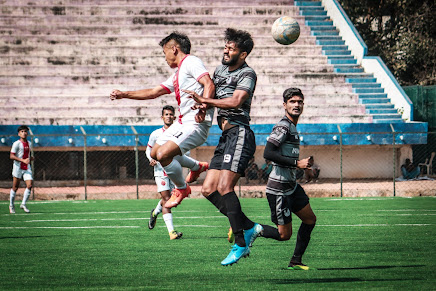 Posted by diegostrikes at 8:14 PM