The youngster opened the account for his team in the 3rd minute of the game and pumped two goals more after changing ends. Uzochi Emmannel scored agoal a piece in each half while Vignesh and Karthik scored one goal each.

In the other match of the day, Dream United upset favorite ASC with a one goal win. Midfielder Dorjee continued his good form after winning last week's Outsanding Player award scored the only goal in the early minutes that was taken ASC by surprise.

ASC kept pressing for most of the game, but the forwards failed to open Dream's goalmouth. 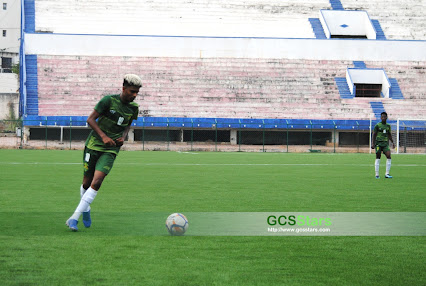 Posted by diegostrikes at 11:09 PM