The third edition of the Intimacy Women's League is headed for an exciting finish with the final two games set to decide who is crowned as champions. After eight rounds, the top four in the ten-team pack all have a chance to claim the Intimacy Cup.
With 20 points at the top of the table lie Kickstart who face Bangalore United Football Club (BUFC) who are second in the table with 19 points. The two teams have a claim to the championship where BUFC must bag three points to go to the top of the table while kickstart can be crowned the champions with a mere draw.
Meanwhile in third and fourth place are Misaka United and Maatru Pratishtana FC at 18 and 1 7 points respectively who both have a claim to the second place should the Kickstart vs Bangalore United Football Club not end in a stalemate.
An interesting set of games await Bengaluru tomorrow as the questions to be answered are whether the defending champions Kickstart FC Karnataka will retain the crown, whether runners up Bangalore United Football Club will dethrone Kickstart FC Karnataka or whether we will see a new second place finisher in Maatru Pratishtana FC and Misaka. 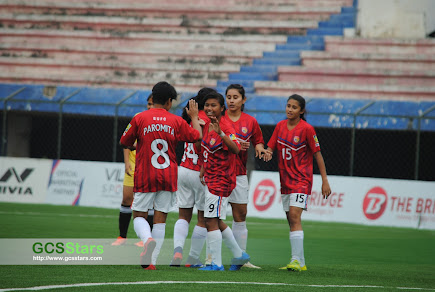 Posted by diegostrikes at 10:55 PM