A Kantharaj, 75, former captain of Karnataka state football team and ITI passed away last Friday, February 25 morning 7 am at his residence in Hoskote.

Kantharaj was employed with and a part of the all-conquering Bangalore’s Indian Telephone Industries (ITI) team that won many tournaments but most importantly the first edition of Federation Cup in 1977.

Known for his robustness and leadership skills, Kantharaj was regular in the Santosh Trophy team thru the 70s. His most important feat was in 1976 State Nationals where he lost of Bengal in the final.

Later, Kantharaj focussed on developing football near his area of residence, he formed Town SC Hoskote. This football club was regular in BDFA C Division League. He was an integral part of Karnataka State Football Association (KSFA) and served as a general body member in KSFA.

Kantharaj is survived by his wife and three sons. The burial service took place on Saturday morning. The football association condoled the death of the former star and prayed for his bereaved family. Also, a minute’s silence was observed during the games in Friday’s A Division Women’s League. 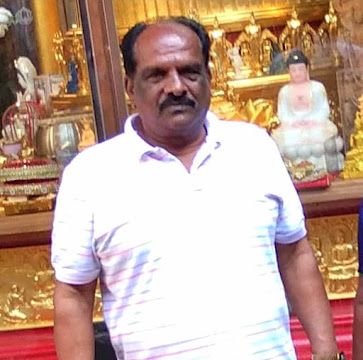 Posted by diegostrikes at 4:49 PM